Between Two Comets: The Life of Mark Twain, with Terry Lynch 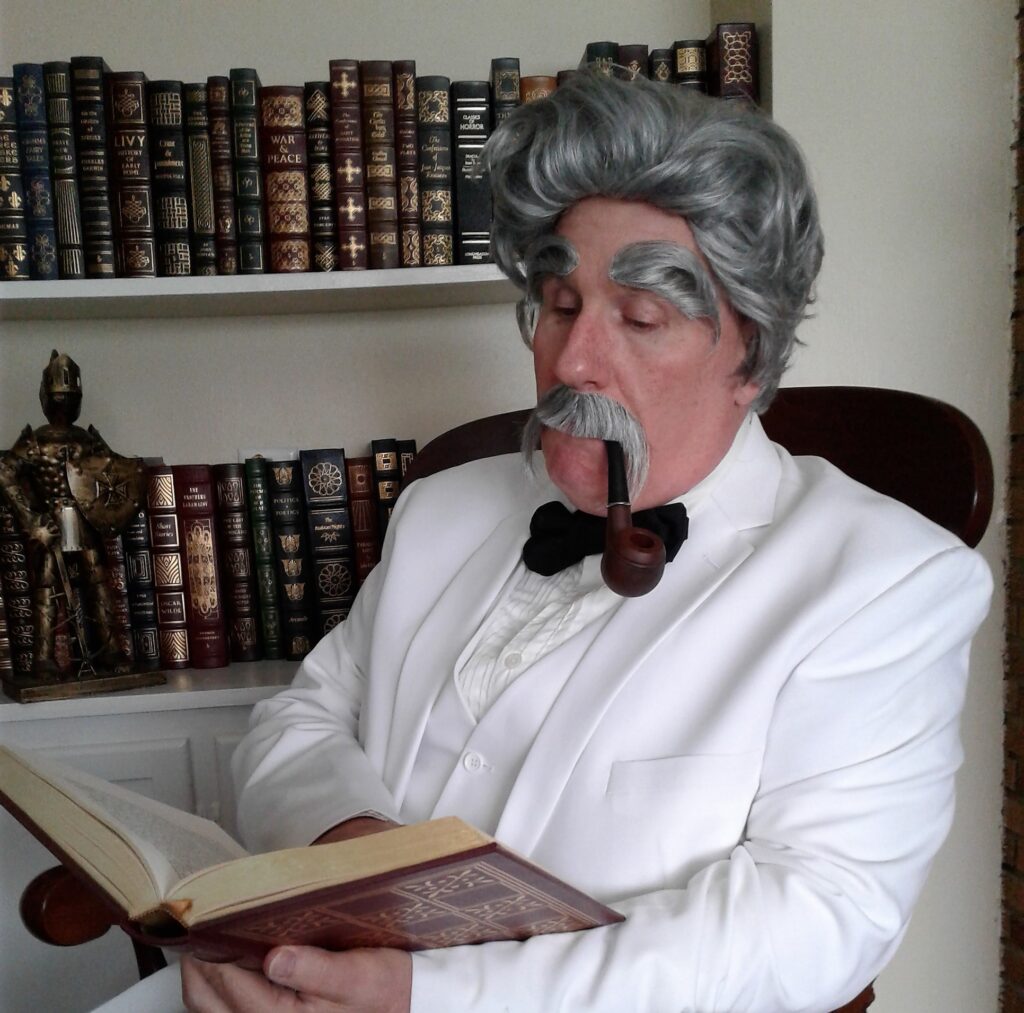 American writer Mark Twain lived his life between the Halley’s Comets of 1835 and 1910. During that time, he penned some of the most beloved and controversial literature of the 19th century. Listen as Twain discusses his life, writings, and the constant struggle to be accepted by society and to support his family with his work.

Nationally known actor Terry Lynch specializes in historical portrayal to meet the needs of the young at heart who are never too old to learn something new about history’s most interesting, inspirational figures. His one-man, interactive presentations give audiences a new, first-person perspective on the people and events that make up our history and culture.

A professional voice-over artist, actor and speaker in the Chicago area for more than 30 years, Terry Lynch’s acting credits include stage, television, film, and radio. Lynch has appeared regularly on the WGN Morning Show in Chicago, and draws upon his years of theatrical and improvisational training at Northern Illinois University, Second City Training Center, and The iO Theater to create unique presentations that are humorous, informative, and inspirational.

Along with his wife Laura, a certified educator for over 20 years and member of “Who’s Who in American Education,” Terry co-authored two books: Mistakes Happen: An Historical Guide to Overcoming Adversity and Nicholas Comes to America, the Story Of Santa Claus.