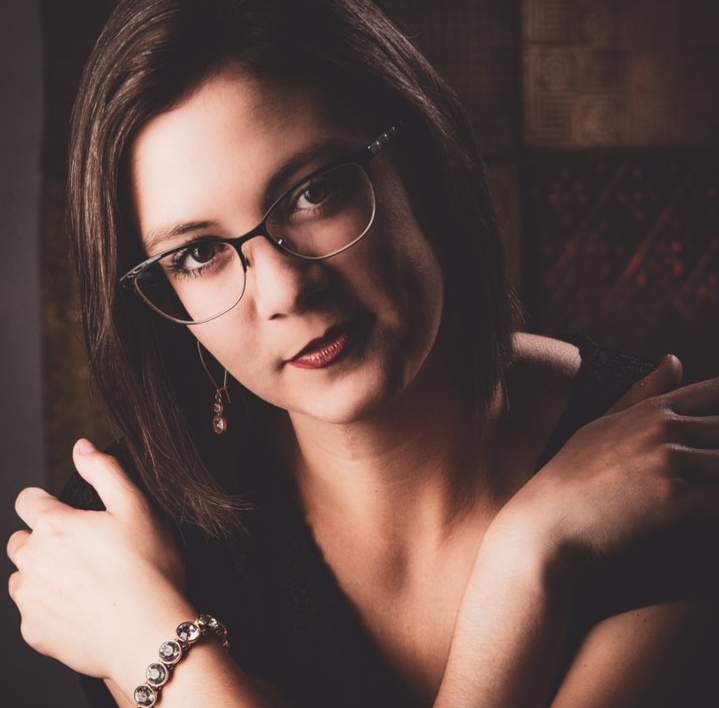 BUY TICKETS ONLINE. SAVE $5 PER TICKET WHEN YOU BUY IN ADVANCE! (Tickets purchased on the day of the event will be $25 each.)

Chicago’s rising star in jazz vocals, Alyssa Allgood, opens our season of Saturday night concerts at the Baker Community Center in downtown St. Charles. Joining Alyssa for this concert are Ben Waltzer on the piano, Dennis Carroll on bass, and Dana Hall on drums.

Alyssa Allgood has gained attention for “her technical control and [the] creative imagination of her work (Howard Reich, Chicago Tribune). She has been described as an “impressive bop-oriented singer” by DownBeat Magazine and “an emerging talent of considerable strength” by The New York City Jazz Record.

Allgood was recently named “Best Jazz Entertainer” in the 2019 Chicago Music Awards. Her performance accolades include appearances at the world-famous Birdland Jazz Club in New York City, the Green Mill, the Jazz Showcase and the Chicago Jazz Festival in Chicago, and the Jazz Estate in Milwaukee.

NOTE: Each ticket holder will receive two complimentary drink coupons upon arrivinal at our welcome table at the Baker Community Center.