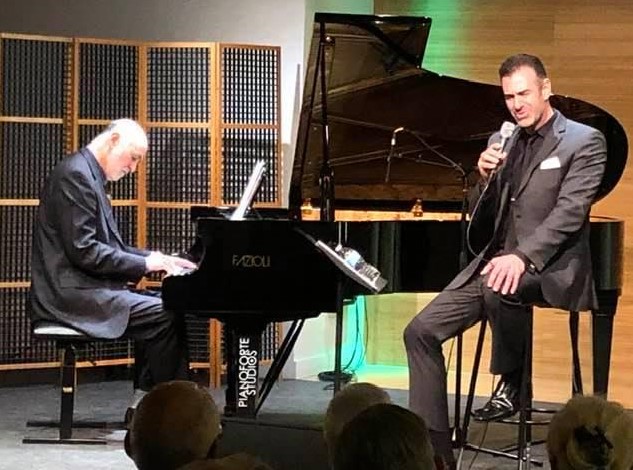 THIS CONCERT IS SOLD OUT, AS OF APRIL 14

Two luminaries of the Chicago jazz scene – singer Paul Marinaro and pianist Jeremy Kahn – present a concert of beloved songs by Duke Ellington, Richard Rodgers and Harold Arlen. Enjoy the intimate setting of the historic Baker Community Center. Your safety and comfort are our goals – seating is limited and socially distanced. 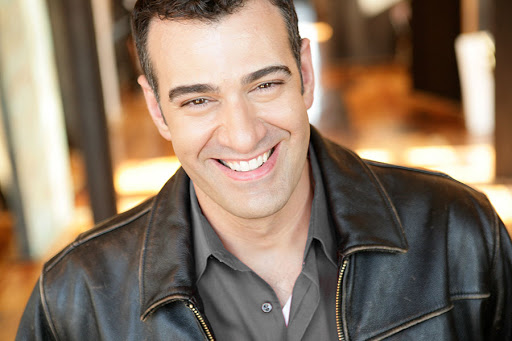 Vocalist Paul Marinaro, dubbed as having “one of the most beautiful vocal instruments in the business today” by Howard Reich of the Chicago Tribune, is a modern classic. With Chicago as his home base, Paul has become one of the most in-demand and respected male vocalists and has “taken his place among the top five male jazz singers active today.” (Scott Yanow, LA Jazz Scene)

Paul demonstrates a mastery of and an infectious passion for the material he chooses, allowing him to successfully command audiences with his fresh interpretations. He performs regularly at Chicago’s world-famous venues, including Joe and Wayne Segal’s Jazz Showcase, The Green Mill, Andy’s Jazz Club, and Winter’s Jazz Club. He was a featured performer at The Chicago Jazz Festival in 2014 and again in 2017 for an audience of 10,000 on the stage at the massive Pritzger Pavilion, where his performance with jazz legend Sheila Jordan earned rave reviews and was named “Best of 2017” (Chicago Tribune). He has earned “Best Performance of the Year” in the Chicago Tribune in 2013, 2014, 2016, 2017 and 2018; and “Best of Chicago 2015” in NewCity Magazine. 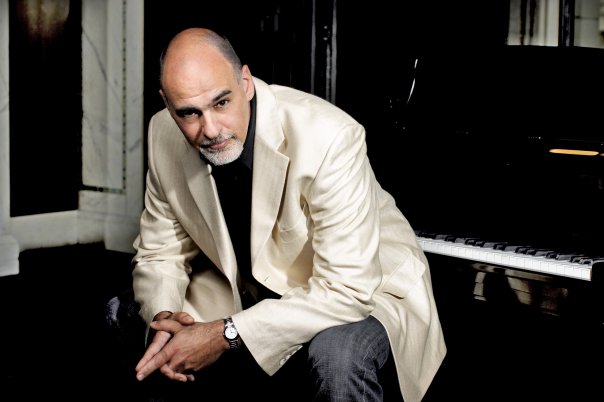 Jeremy Kahn is one of Chicago’s busiest pianists, dividing his time between jazz venues, pit orchestras, and recording and teaching studios. A graduate of the New England Conservatory of Music, Jeremy spent 12 years in New York, where he was a member of Vince Giordano’s Nighthawks, and was the pianist in the Chicago Jazz Ensemble led by Jon Faddis. He has performed on stage with Dizzy Gillespie, Joni Mitchell, Aretha Franklin, Branford Marsalis, the Chicago and Milwaukee Symphony Orchestras, and on screen with Madonna, Mary Wilson and Johnny Crawford.

Jeremy has played at many of Chicago’s theaters, including the Oriental, Cadillac Palace, Shubert, Auditorium, Chicago, Aurora Paramount, Drury Lane Oakbrook, Lincolnshire Marriott, Porchlight and Royal George for shows like Wicked, Spamalot, The Lion King, Les Miserables, Aida and Louis & Keely Live at the Sahara. He was also the pianist/conductor for productions of Hot Mikado and Pal Joey, and is currently a faculty member of Northwestern University and the Music Institute of Chicago. He has been a featured performer at the Chicago, Hyde Park and Poznan (Poland) Jazz Festivals, and a featured guest on the radio shows of Studs Terkel and Marian McPartland. Jeremy is a 2014 honoree of the Chicago Musicians Union Dal Sagno Club.

“New York’s loss has been Chicago’s gain in the case of Jeremy Kahn, the splendid jazz pianist who (has) moved back to his hometown . . .” (Howard Reich, Chicago Tribune)

The Ragged Rascals at The Baker Community Center

The Influenza Pandemic of 1918