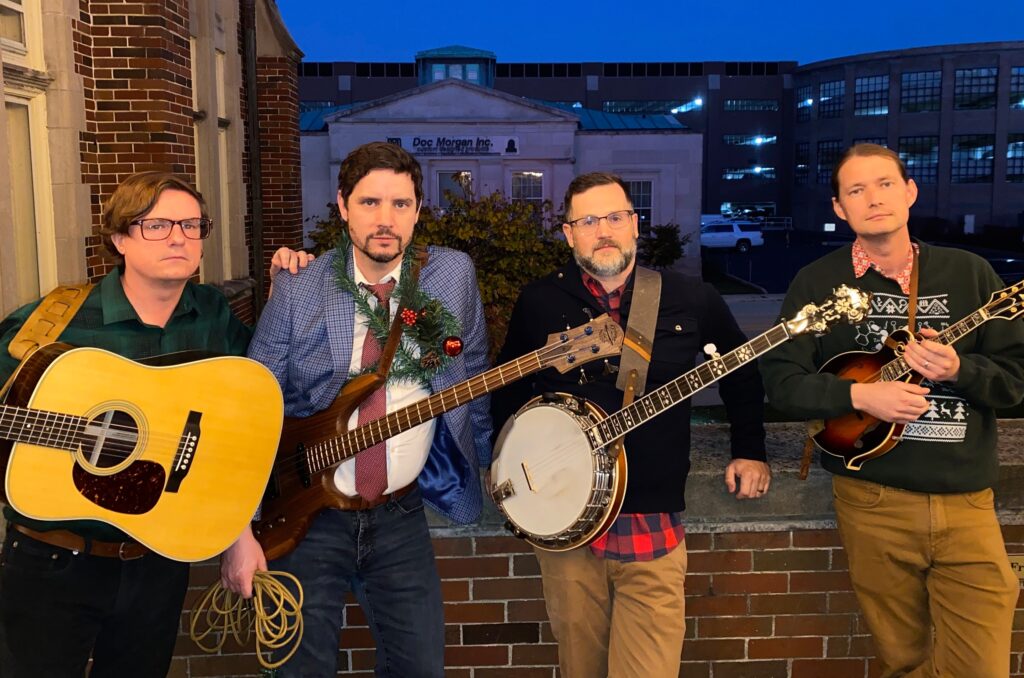 Music…and More…in the Gallery welcomes Ransom Creek. As the area’s premiere bluegrass quartet, Ransom Creek performs classic bluegrass and more. The foursome of dapper, youngish-gentleman is known for weaving sets of traditional bluegrass songs and other genre crossing titles. You’ll love their acoustic stylings in the intimate space of the Norris Gallery.

Doug Jenkins – Mandolin / Vocals:  At a young age, Doug Jenkins could be found wandering the streets of St. Charles with a guitar on his back. By his late teens, he had gotten a proper taste of bluegrass and the guitar was replaced with a mandolin. Throughout his musical career he has been everything from a drum major to the front man of a power trio in the Chicago Indie Rock scene. These days, Doug mostly enjoys chopping the backbeat while singing high lonesome melodies.

Craig Cowan – Banjo / Vocals:  Craig Cowan has made many-a-home across the diverse Fox River watershed. He now settles in the unassuming countryside of Elburn. Like Doug, his musical adventures include being a drum major as well as playing guitar and singing in various bands. Craig draws influence from a vast spectrum of musical genres but his soul was captured by the consistent, humble roll of the bluegrass banjo.

Mike Kruse – Guitar / Vocals:  Mike Kruse, fondly known as “Kruser”, hails from the halls of St Charles.  Mike spent a chapter in the mountains of Colorado and returned to his roots with an affinity for the meandering guitar lines of American Rock and Jam genres.  Mike enjoys mixing this musical wanderlust with the wholesome simplicity of bluegrass flatpicking.

Charles Jenkins – Bass / Vocals:  Charles Jenkins, a.k.a. Charles from St. Charles, has a passion for the role of bass in bluegrass. As Doug’s brother he is no stranger to offsetting the chop of the mandolin.  On rare occasion his bass playing reveals his eclectic musical influences but mostly you’ll find him cherishing the driving steady nature of bluegrass bass.